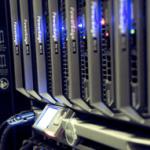 High Performance Computing (HPC) powers a range of research initiatives led by Yale professors and graduate students across the University. Scholars in fields from neurobiology and applied physics to economics and sociolinguistics depend on state-of-the-art computational systems to analyze and model massive amounts of data. The Yale HPC Group designs and operates clusters of computers, known as compute nodes, that are networked to provide data processing speed and capability that would have been unheard of a mere decade ago.